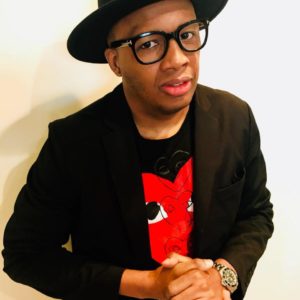 DeShawn Ali, better known as DJ Sean Ali in the world of House Music, is a DJ/Producer and Label Owner.  His genuine love for music started at an extremely early age. Just like most families in the city of Chicago, he was introduced to a variety of genres of music in his household. When his father was not around, he would take his dad’s albums, read the credits, and listen to the music from start to finish. There was blues, jazz, gospel, R&B, soul, rock, new jack, and everything under the sun. It did not matter to him because he just simply loved music across the board.  DJ Sean Ali was introduced to house music as a teenager in the mid-80’s. Out of all the genres of music that he loved, there was something about House Music that he became fascinated with and passionate about. What he loved was that it had a taste of every type of music all rolled up into one. He became influenced by legendary house heads like Lil Louis, DJ Les, Danny Calco, Nu-Wave, and Alley Cats.  He has a great respect and admiration for what they brought to house music and for what they were willing to pass on and share with him. He went from spinning at block parties to skating parties, school parties, block parties, to family reunions, you name it. His name soon started to become the buzz in the house music world of fellow DJs. Soon after, he would be sought after for weddings, and booking gigs at major venues like Zentra, Betty Blue Star, Funky Buddha Lounge, Smart Bar, Prop House, China Club, and Jun Bar. He thinks of himself as a stress reliever for the public. His skill has taken him to many places as well. He has traveled to places like Detroit, Fort Lauderdale, NY, Mexico, and the Dominican Republic. He is also highly respected by his peers as well because he has taken his craft to new heights and he is constantly expanding and giving back the way others gave to him.