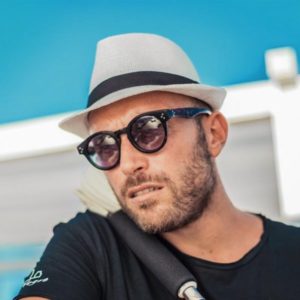 Gerardo Smedile was born in Reggio Calabria in 1980.
Passion for Music accompanies him from an early age; he is interested in the technical aspect of the sound and collects vinyls. In 1993 he is the dj of many summer clubs in Tropea, the genre is House Music with Funky, Soul and Jazz influences.
In 1999 he moves to Milan and becomes the resident dj of a small club downtown, a landmark for artists and advertisers where he can express his Sound.
In 2011 he becomes art director of the Circle Lounge & Restaurant which under his guidance is transformed into a real Club; in 2013 he also becomes the owner and since then a collaboration with Mark Di Meo started.
Together they organize numerous parties including House of Vibes and Warehouse exported all over the world: in Miami during the Winter Music Conference, in Amsterdam for the ADE festival and in summer in different venues.
In 2015 they found a record label, the Soulstice Music, supported by and collaborating with dj-producers and remixers as Louie Vega, Spen, Kenny Carpenter, Yass, Rightside, Hector Romero, Grant Nelson, Michele Chiavarini and many others.
Gerardo also realises his own productions with Soulstice Music, Nitegrooves (King Street Sound) and United Music Records.
In 2017 Circle Club becomes partner of House of Frankie radio and from 2018 its parties are sponsored by Traxsource.
In the summer of 2018 he will be the dj and organizer of numerous parties to the Eoilie islands and Taormina, Sicily.

Love Will Save The Day